Dogs and Moose Do Not Play Well Together
Moose can be aggressive when dogs and humans get too close. Dogs - both on and off-leash - can spook a moose to charge and seriously injure the dog’s owner. State wildlife officials caution that the large ungulates see dogs as a threat due to their similarities with wolves, their primary predator. Dogs should never be allowed to approach a moose.

Moose do not fear humans as much as other big game species. Female moose (cows) are very protective of their young (calves) to the point of being dangerous if approached or caught off guard. Bulls also can be aggressive, especially during the breeding season (rut) in the fall.

These formidable beasts need their space and must be given command and respect when observed in the wild.

While moose encounters with people are quite common, moose actually cause few problems. However, moose have "treed" people who have approached them too closely, have killed or injured pets or livestock and have chased people away from territories they are defending. Caution and common sense go a long way in preventing potential problems with moose.

Please follow the link below for additional safety information and what to do if you encounter a moose: 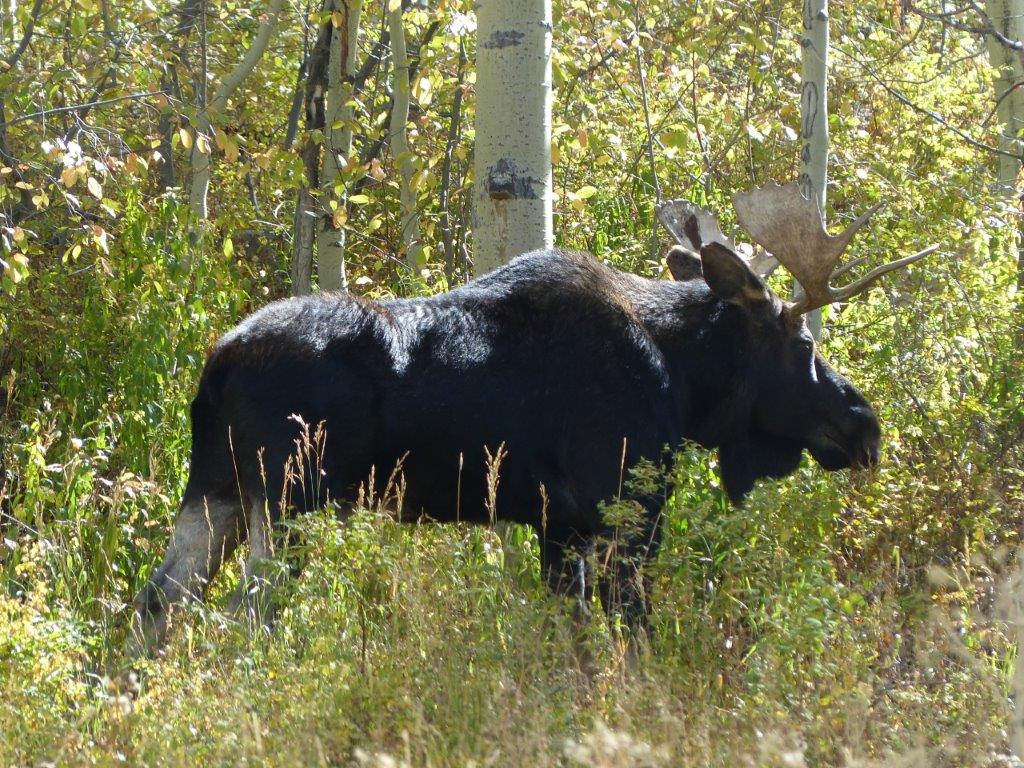