Long before skiers and even settlers discovered Snowmass’ Brush Creek Valley, the Ute Indians hunted, fished, and gathered wild foods here in the summers. The first European / non-natives explored the Elk Mountains as early as 1853, during the Gunnison Survey, but it wasn't until the Hayden Survey in the 1870s, that the prominent peaks visible from Snowmass were named.

Mount Daly is named after then-president of the National Geographic Society, Augustus Daly, while the triangular Capitol Peak paid tribute to the Washington, D.C., building. 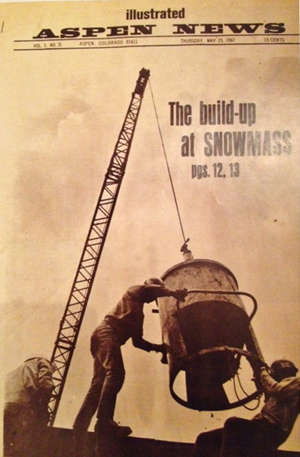 By the 1880s, ranches running sheep and cattle came to occupy the Brush Creek Valley. One of the most prominent ranchers Charles Hoaglund and his family emigrated from Sweden to Aspen during the silver crash and was hired to close down Aspen’s Smuggler mine. They acquired land in Brush Creek to raise cattle, sheep, wheat, and hay. Today, several buildings from his ranch have been incorporated into the renowned Anderson Ranch Arts Center.

Hoaglund’s daughter Hildur was raised on the ranch and attended the community’s one-room school house, which today is known as The Little Red Schoolhouse. The schoolhouse celebrated its centennial in 1994, and still functions as an early childhood learning center today. 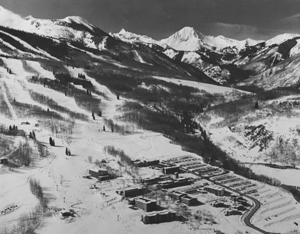 A Ski Area Is Born

In 1958, Olympic skier Bill Janss began buying up ranches in the valley with an eye toward emulating the Aspen ski area’s success. By 1961, he owned six ranches at the base of Baldy and Burnt mountains and planned to build a ski area served by a European-style ski community on 3,300 acres. In December of 1967, Snowmass-At-Aspen opened with five chairlifts, 50 miles of ski trails, seven hotels, and six restaurants. Lift tickets cost $6.50. A decade later in 1977 the Town of Snowmass Village was incorporated, and the rest, as they say, is history.